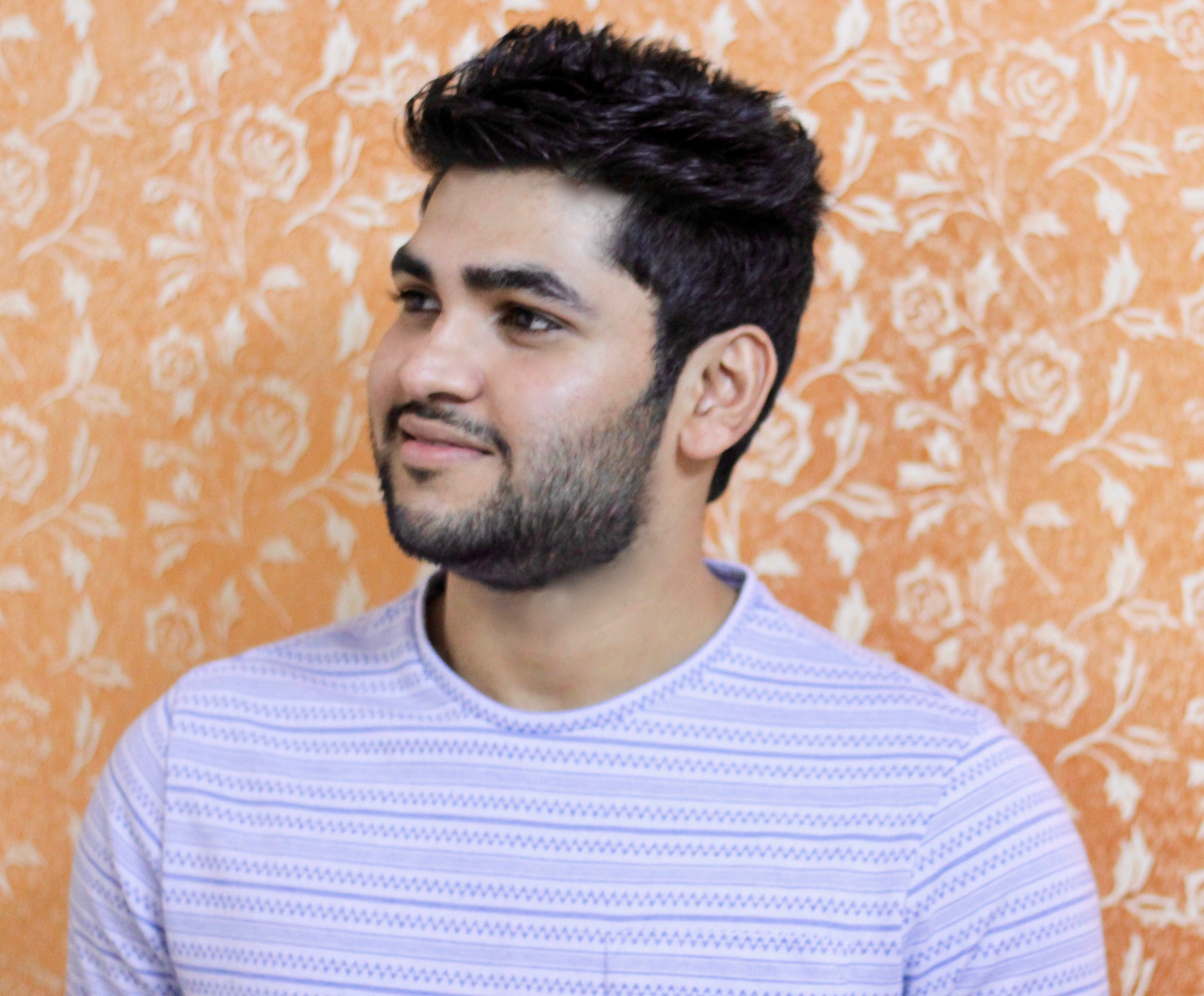 Sachin Aggarwal is a final year student of Information Technology. Right from the first day of college, like many other students, he wanted to make most out of my college life. Here are some academic highlights from his college life.

In November 2016, he attended a meetup on Open Source development where he was introduced to Google Summer of Code program. Considering the challenges and competition in this program, it sure seemed impossible at first. But this was exactly what he wanted to do. Something extraordinary !!

He started contributing to BuildmLearn Organization project, without any knowledge, without any help. For the first time in his life, he realized his true potential. He did things that he would never have expected from him. It was a major shock for him when BuildmLearn organization wasn't selected for Google Summer of Code. Without quitting,he started contributing significantly to Systers Organization projects and was eventually selected in Google Summer of Code, 2017.

In his pre-final year, he used to participate in some algorithmic contests. He came across a contest by Computer Society of India which had already started. Without any expectations, he participated in the contest. He was surprised when he got an email conveying that he is invited to 51st Annual Convention of CSI, Coimbatore for winning this National Contest. He attended the convention with our Director General Sir. He was fortunate to receive the award from the Head of CSI on the same platform where our Director Sir received the Lifetime Achievement Award.

In his sophomore year, he applied for Microsoft Student Partner program and he was selected for it. The major highlight of this program was meeting Mr. Satya Nadella, the face that has inspired millions of Indians. This same year, he participated in E-Yantra Project by IIT Bombay, Stood at 19th Team Rank in Naggaro Hackathon, etc.

Recently, He have been placed in ZS Associates as Technical Analyst and he is looking forward to it. 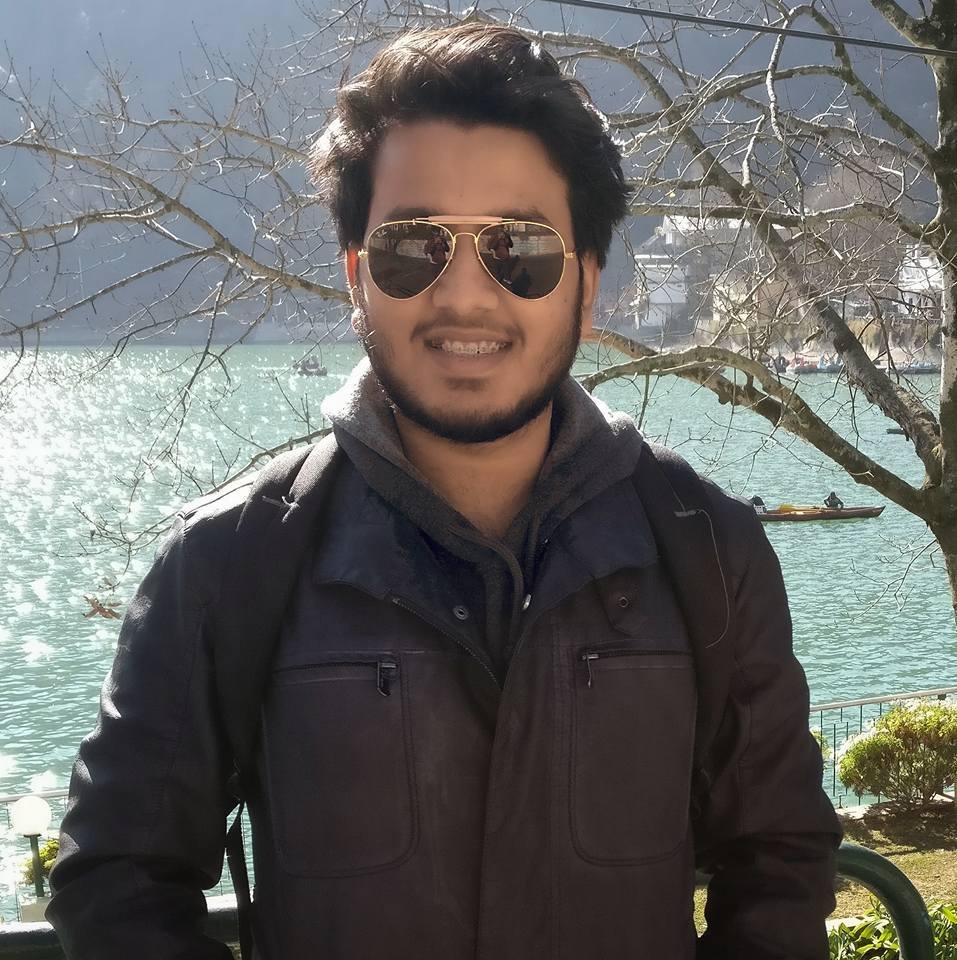 Dhruv Kuchhal is a 2018 batch B.Tech. student in the IT department at MAIT. He is a technology enthusiast and a problem solver always looking to work on interesting ideas. He likes to play around with data and his research interests include Online Social Networks, Information Security and Human Computer Interaction.

He is currently working as a Research Intern at PreCog Research Labs at Indraprastha Institute of Information Technology, Delhi (IIIT-D) with Prof. PonnurangamKumaraguru (PK) (PhD, Carnegie Mellon University, USA) in the area of Security and Privacy since January 2017. They have been working on a research project in collaboration with Prof. MustaqueAhamad (Georgia Institute of Technology, USA), Dr. Payas Gupta (Pindrop Security Labs, USA) and Dr. Manish Gupta (Microsoft Research at IIIT-H, India), along with PK and Srishti Gupta (PhD Scholar at IIIT-D).

In April 2017, Ministry of Human Resource Development (MHRD), Government of India organized Smart India Hackathon (SIH) which is the world’s biggest hackathon till date. SIH was a flagship event of PM Modi's Digital India Movement. For the first time, government departments directly engaged with students and challenged them to build digital solutions to improve their efficiency, plug revenue leakages and corruption. 29 government departments sought solutions to 598 problems which were posted on SIH site. 7531 teams from 2100+ colleges across India submitted their proposed solutions.

He was a member of a 6-member team that represented MAIT at SIH. The team was advised by Dr. Sambuddha Roy (PhD, Rutgers). The team was one amongst 1266 teams selected for the 36-hr ‘Grand Finale’ hackathon held on 1-2 April 2017. The hackathon was held concurrently at 26 different locations in India, each hosting a different ministry. The team was selected to solve a problem proposed by the AICTE, for which they had to compete against 60 other teams. Their problem statement was #AIC1 - “Prediction of Admission & Jobs in Engineering & Technology/Management/Pharmacy”. They built a solution using Data Science and Machine Learning with an intuitive and interactive front end, which won them the first prize of Rs. 1lakh cash, a chance to implement the solution for the AICTE and a chance to convert their project to a startup with support from NASSCOM. MATES also awarded them a cash prize of Rs. 1lakh. Their team has now been selected by the AICTE to implement the project with a budget of Rs. 3 lakhs and regular stipend to all team members over a period of 6 months. The implementation of the project has started October 2017 onwards, under the guidance of Dr. M.M Waware and Mr. Nishant Jain of the AICTE along with Dr. Roy.

He is also actively involved with the student community at MAIT. He had founded the student chapter of ACM (Association for Computing Machinery) in MAIT with 80+ student members in 2015. In 2016, he was awarded ’Recognition of Service Award’ for his service as Chair of the chapter by ACM HQ in New York, USA. He keeps interacting with his fellow students and juniors and believes that knowledge is best used only when shared with others. 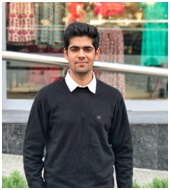 Uddish Verma is pursuing undergraduate degree in Information technology from Maharaja Agrasen Institute of Technology. He is a coding enthusiast and love to play around technology. He is also a budding Android Developer and have developed more than 10 mobile applications including the University application - IPU Go and IPU Go Admin. He is trying to venture into Artificial Intelligence and Deep Learning and aim to address some of the most interesting problems that exist in our day to day life. He also enjoy playing football and reading technology blogs.

Apart from Android, He has also worked on NodeJS, AngularJS, Arduino and many other new technologies.

He has been fortunate enough to have ample opportunities and motivation to participate on both national and international platforms. He was recently invited to participate in North Continent's biggest hackathon “Hack The North” at the University of Waterloo in Toronto, Canada which gave him a look into the technology at an international level. He got the chance to interact with some of the best people in the technology field and got an insight into some of the biggest companies in the world like Google and Facebook. Apart from Hack The North, he was selected in more than 5 international hackathons this year including HackHarvard(Harvard University), PenApps, mHacks etc.

Over his 2 years at MAIT, he has learnt the importance of balancing academics with independent initiatives and he give the credit of my learning to the constant motivation and encouragement of the university and our HOD Dr. ML Sharma.

On a different note, he is an avid traveler and love to explore new places and people. He truly believes that great ideas are just around the corner, you just need to look for it. 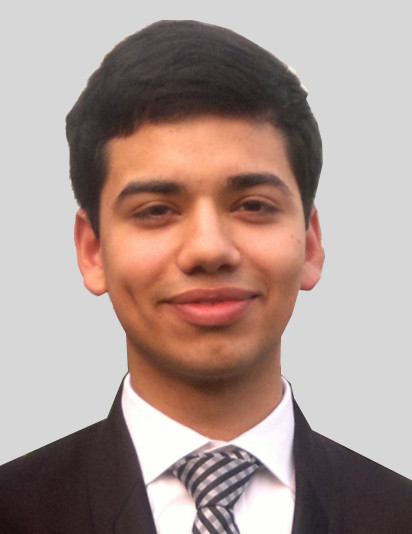 Gyan Lakhwani is an IT Engineering student with a passion design and technology. Designing human-computer interactions is the intersection of both his passions.

In 2015, he took part in the PMO app development contest organised by Google and MyGov, the Indian government’s citizen partnership platform. He worked with a team of 6 students on designing and developing an app for the Indian Prime Minister’s Office. His team was eventually selected out of 300+ participating teams to build the official PMO India with help from mentors from Google and the PMO. As the team designer, he worked on the wireframes for the app, and then on user interface and experience design. The challenge was to design an app usable by every citizen on every kind of phone - the app needed to support multiple languages, work with slow data connections and small screen sizes, and have accessibility features built in.

To continue his work designing for digital products, he interned at Zomato in winter 2016, where he worked with the Product Design team on redesigning Zomato Collect, an app used internally to collect data from restaurants, working with a world class design team on a product used by millions of people.

As a budding engineer he hopes to work on more interesting problems for which creative solutions can be designed. You can read more about Gyan and get in touch at his website www.gyanl.com 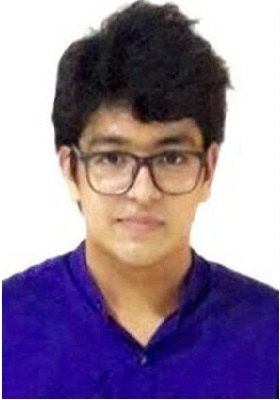 Anirudh Goel is a student of Maharaja Agrasen Institute of Technology who is pursuing Bachelor of Technology in the field of Information Technology. He is a dedicated and sincere student who has been working in the field of Web Development for the past 3 years. His perseverance resulted in him being selected for the Summer Student Programme at CERN (European Organisation for Nuclear Research), in Geneva.

He started his college journey with an enthusiasm to follow his instincts and try his hands on as many things as possible in order to discover his true passion. As a result he has worked with various organisations from different fields – AIESEC, Mozilla, ACM (Association for Computing Machinery) and CERN.

He started by working in AIESEC in the Corporate Relations Department where he gained valuable public speaking experience by addressing multiple conferences and raising 7 foreign candidates for coming to India for internships.

Soon he realised that he wanted to pursue the technical line of work, so he quit this position and became a Firefox Student Ambassador at Mozilla. As a Firefox Student Ambassador, a major part of his responsibilities was spreading awareness among people about Open Web and how Mozilla is working towards it. For this, he hosted multiple classroom sessions, took part in online campaigns such as the “Mozilla Privacy Week” and spread knowledge among his fellow mates. Following these contributions of his, he was selected as the Club Lead of MAIT Firefox Club. He also presented a talk at Hack@NSIT 2016, the annual hackathon of NSIT, where he addressed about 200 students and told them about safety on web, online privacy and Mozilla’s contribution in all these.

He also contributed in developing the new version of ACM website of MAIT. He was responsible for the development, deployment and maintenance of the website. The major challenges that his team overcame was making the site responsive to different screen sizes and keeping its footprint to minimum.

He has developed numerous independent projects using a vast variety of technologies, such as - Node.js, Python, PHP, MySQL, Firebase and many more. Many of these projects have been developed in the several hackathons that he has been going into, such as - InOut Hackathon (held in Surat, sponsored by Google, Twitter, HP, Facebook), Code-and-Counter Hackathon (hosted by Nagarro), etc.

Having these experiences, he started searching for a summer internship in the September of 2016. He applied to numerous companies, gave several tests and interviews and finally got an internship offer from Reliance Jio in December. But he was keen on trying for more opportunities, so he continued applying to more companies. He applied for the Summer Student Programme at CERN in January 2017 and got the selection mail for the same in March 2017. After completing his 13 weeks internship at CERN in Geneva, he’s now looking for full time opportunities to join after finishing his college.

To know more about him, you can visit http://anirudhgoel.me and you can contact him at his email address - This email address is being protected from spambots. You need JavaScript enabled to view it..